Interview of Prof. Martin Andler, President of the Initiative for Science in Europe - ISE 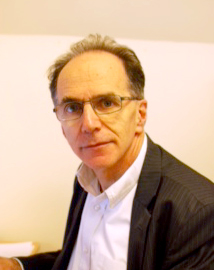 Prof. Martin Andler, President of the Initiative for Science in Europe - ISE (short CV here), introduces the scopes of the ISE initiative and the potential of a mutually beneficial cooperation with the EASN Association.

First of all, I would like to thank the editors of the EASN Newsletter for giving me this opportunity to present ISE and to discuss the important issues facing the European Research community. It is perhaps a good idea to start with a bit of history. One should recall that research, as such, became an important European Union competence fairly recently. It is only in 1987 that the EU acquired a mandate to promote research, but limited to research with industrial applications. The 1992 treaty expanded that goal to a limited extent; the major change came in 2007, with the creation of the European Research Council, and 2009 with the Lisbon treaty which conferred on the Union an "objective of strengthening its scientific and technological bases by achieving a European research area in which researchers, scientific knowledge and technology circulate freely, and encouraging it to become more competitive, including in its industry".

The creation of the ERC, with the unique characteristic that it is governed by an independent body, the ERC Scientific Council, was the outcome of a very strong mobilization of the European research community, materialized by the founding of ISE in the spring of 2004. In October of that year, ISE organized a large conference in Paris: "Making the ERC a reality". It was presided by the first ISE president, Jose Mariano Gago, at the time former minister of Portugal for Science and Technology, and who would come back to that same post in the spring of 2005. Gago, who was initially a physicist, played a decisive role in bringing the two worlds, science and politics, together. In the spring of 2004, I attended a talk that he gave in Paris about the EU's research policy. Answering a question from the audience criticizing the EU's funding schemes for research, he replied that if we wanted things to change, we should say so, and not hesitate to say it loudly! I have never forgotten his lesson.

This leads me to your question. ISE ambitions to involve researchers from all fields of knowledge in the design and implementation of European research policies, and advocates strong independent scientific advice in European policy. ISE's members are European-wide learned societies and scientific organisations, hence, of course indirectly, ISE represents more than 200 000 European scientists, ranging from doctoral students and postdocs to very senior and established researchers.

Before going into any specific issue, I want to make two points : 1o Europe is not limited to the European Union: like EASN, other ISE member organisations have a broader base than EU countries. 2o More than 90% of the research funding, even in EU countries, comes from national sources, not the Union. So when we speak about European research policies, even if there is a special focus on the European Union, we must think globally.

In the recent period, here are the main issues that ISE is working on, through dedicated task forces. None of them are easy to address, and, as we have experienced, they affect different fields differently, so there is no be a readymade solution fitting all of them. Reports on each of them will be available in the next few months.

Q2: One of the main messages communicated by the Initiative Science for Europe has been the need that both, the member states and the European Union invest more in education, research and innovation. Is Horizon Europe, which sets the frame for research in Europe for the next decade, meeting your expectations? Which are the challenges for Academia in the frame of Horizon Europe?

As I mentioned already, we fought hard on the budget for Horizon Europe. Remember that initially, different members of the scientific community had argued for 160 Bn€; a bit later, the Parliament voted 120 Bn€. In 2018, the Commission made a budget proposal of seemingly 100 Bn€ (actually a bit less). By the end of 2019, the European Council was discussing a budget around 80 Bn€. In the end, the Member States approved a 95,5 Bn€ budget at the end of 2020. Compared to 80 Bn€, that was a big relief, due in part to the mobilization of the science community - but overall not the great forward-looking budget that we had hoped, especially after the Covid crisis had hit the world and it was so crystal-clear that a huge effort on research would be required. The consequence that I draw is that we have to be much better at explaining how research can help building a better future for Europe. When I say "we", I mean the science and innovation community at large, with, I think, an important role for ISE!

Now, the EU budget is set for the next seven years, and we have to live with it. Of course, a lot needs to be done at national levels: very few EU countries spend on R&D the minimum goal of 3% of the GDP that was set in the so-called Lisbon agenda! Within the given budget and the three pillar structure of Horizon Europe, our main goals should be the following:

Of course, I am not leaving out the issues that I presented earlier in our conversation. But I would like to add one thing. We can hope to put the Covid crisis behind us in the coming months, but even that is not certain. In the past year and a half, we all know that our younger fellow Europeans have been hit particularly badly: they have been deprived of their right to enjoy a worry-free life, they have been deprived of part of their education, they are being deprived of an easy access to jobs. Relieving this human disaster should be the task of society at large. But as far as we are concerned, it is our duty to make sure that young people still engage in doctoral studies, that PhD candidates have the opportunity to finish their research and get their degree, that PhD-holders have a reasonable chance at getting a secure job within academia or outside.

Q3: One of the main features of Horizon Europe is the wide exploitation of Public-Private Partnerships for achieving research objectives which reach usually high Technological Readiness Levels. In these Partnerships the public party is the Commission and universities are classified to the private party. On the other hand, Academia's preferential research is rather fundamental innovative research and universities are public non for profit entities which are not investing to commercialize new products in the market. What is in your view the role of Academia in these Partnerships and which specific legislative measures need to be taken in order to make the participation of Academia in these Partnerships useful and manageable?

You are raising a very important issue. The Commission has been rightly preoccupied by the perceived innovation gap in Europe compared to other countries. Hence it has tended to focus on the " Innovation " aspect of the " Resarch and Innovation " agenda. A proper balance must be found, and it is crucial that an adequate role should be given to basic research in projects fostering innovation. We have in the past argued for an increased presence of collaborative basic research in Pillar II. Upon the suggestion of Dr. Pfeiffer, who represents EASN at ISE, we are approaching the commission to insure that within the PPP, a proper place be given to the academic partners. If we think beyond the short term - and of course we must - the academic partners in PPPs must have a significant role in their governing bodies, not just an advisory role. It is also the only way to really raise the level of trust and collaboration between companies and basic research. At this stage, our lobbying has not yielded a satisfactory answer.

Q4: The European Aeronautics Science Network (EASN), which is focused on supporting Academia research on the technological sectors of Aviation and Space is participating in the Initiative Science for Europe as a Member. What should expect EASN from its participation in ISE and how could help EASN for achieving the objectives of ISE? Is there any further message you would like to address to the EASN community?

When one wants to weigh in on science policy at the European level, three things must be taken into account :

As a consequence, we must be able to act collectively. It is only by acting in transversal way that we can show that we are not defending a small turf, but speaking for the general interest, and that disciplinarity is the basis for fruitful interdisciplinarity. This is why I think that an organisation like ISE is useful.

You are asking the " Kennedyan " question: what can EASN bring to ISE? The PPP topic that we just discussed is a very good example. When Helge Pfeiffer brought it to our attention a couple of months ago, let me be candid: I did not have any real understanding of the technicalities of PPP governance (remember: I am a mathematician, and a " pure " mathematician at that). But it became rapidly clear that the topic was important, and that quite a few of our members were really interested in joining the small task-force that we created. Thank you EASN!

My message to EASN members is the same that I would send to all of our members. NGOs are fragile institutions. To survive, they need (limited) funds. After a rather difficult period when we could not afford to have a paid collaborator, we are fortunate to have been able to hire Dr. Marco Masia as our executive coordinator, and he has given ISE a tremendous momentum. If we had more members, we would be able to do more. So, please help us attract more members! But NGOs rely tremendously on its volunteers. We need volunteers for our task forces, we need volunteers from our member's national branches or members who could help organise events in their countries, when we need to exert some pressure on national governments.

Europe is a very special construction based on geography, history, cooperation and war, cultural, scientific and technological achievements. Making it work requires a constant effort - well worth it.