Article by Prof. Dr. Dieter Schmitt, Chairman of the EASN Stakeholder Advisory Board and Independent consultant for aeronautics 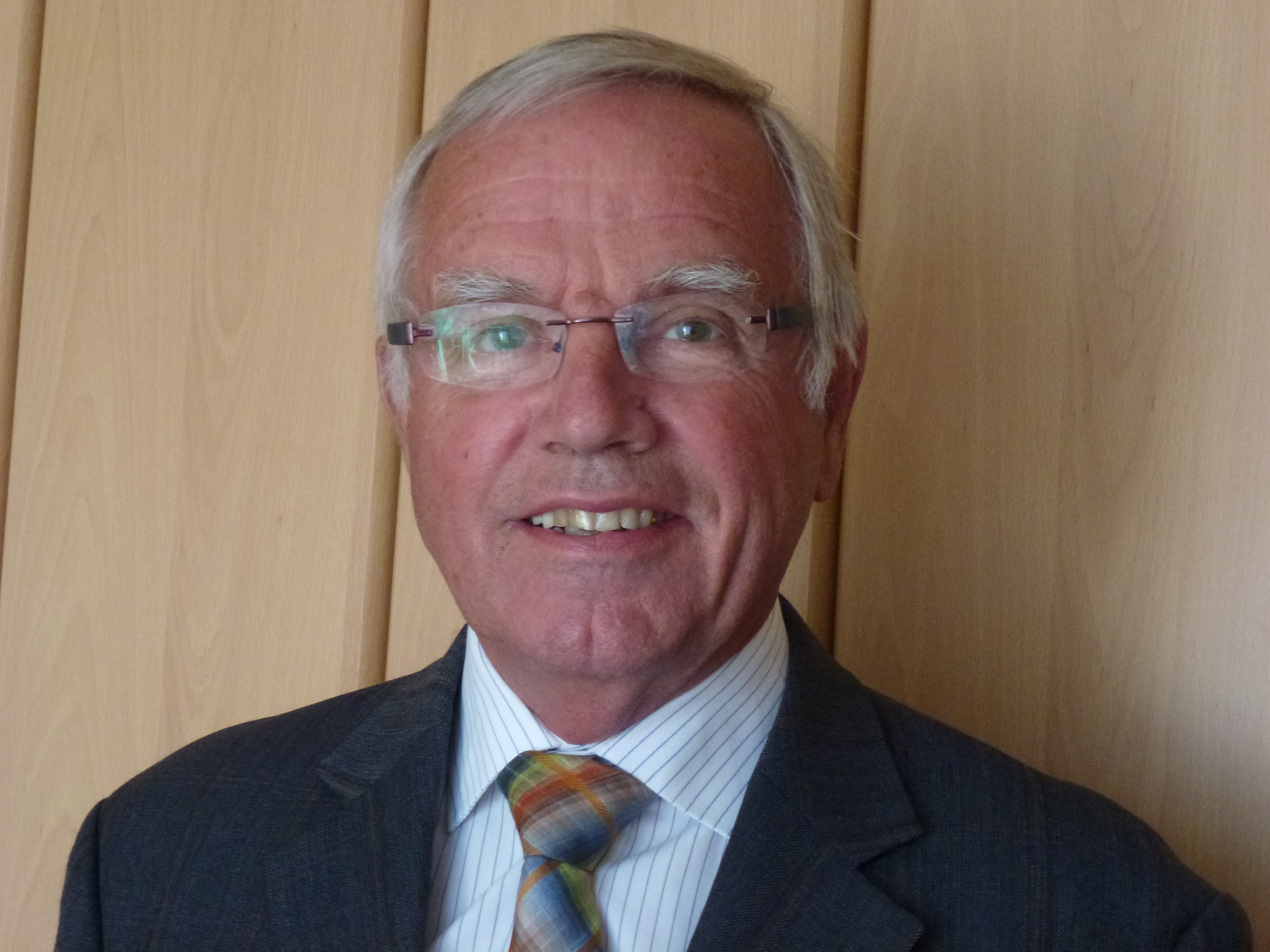 Prof. Dr. Dieter Schmitt, Chairman of the EASN Stakeholder Advisory Board and Independent consultant for aeronautics, shares his viewpoint and experience through an in-depth article, on the effects of the pandemic on research in the aviation sector.

One year ago, the world in aviation was very positive. The airlines have been in strong competition in a very difficult market, but trying to order new and better aircraft which were consuming less fuel. The market was told to be open and liberal, but the competition was hard as a lot of national subsidies were trying to boost the national carriers. The flagship carriers were competing with so called "low cost carriers" (LCC) but due to an ever increasing demand from business and leisure passengers, the market was growing and a lot of market opportunities were announced to promote cheap and interesting offers for the travelling public.

The aircraft manufacturers had an orderbook for 8 years of production, the so called "backlog" and the problem was more to manage the production increase and keep the quality and safety high, then trying to develop yet another novel aircraft for the market.

The airports were busy to continuously expand their capacities and all major national hubs were investing constantly and heavily in the infrastructure to coop with the continuously increasing passenger demand. Sometimes, messages were announced that there could be in future a shortage of pilots and flying personal due to the continuous demand in flights. Air traffic controller, who need a long education and training process to be efficient in their jobs, this was also a profession with a very prosperous future.

And suddenly, a not visible small virus appears on the radar, first in China, far away from Europe, and only small irritations have shown up in Europe. At Christmas, one year ago, there were only few information, coming from China, telling that a new virus - a bit similar to the SAR virus from 2008 - was developing in the city of Wuhan in China. 2 weeks later, a whole region was closed, the virus was better identified and was called Corona - virus and the spreading of the virus continued, left China and became active in East Asia. Suddenly in January, there were isolated information about travelers, coming back from Eastern Asia to Europe, that this virus had arrived in Europe and has been detected also in Europe. Ski centers in the Alpes suddenly have been in the press and identified as "superspreading events", when also in Europe in March 2020 suddenly whole regions had to be put in quarantine and lockdown of regions and countries had to be proposed in order to fight against the pandemic.

With this regional and afterwards global lockdown of regions and countries, a reduction and finally nearly complete shutdown of transport - specific international air transport - had been empowered to avoid the further spreading of this virus.

Within 3 months, the whole world was caught by this virus and no clear strategy to fight or reduce the further spreading was in sight. The only solution for all political actors was to stop cross border transport.

The air transport was hit very suddenly and completely. The advantage of air transport, allowing worldwide transport by the use of modern aircraft and being capable to reach nearly all points on the world within a flight of 24 hours, this became the first victim of the pandemic. The major airlines had to reduce their flight planning by 80 to 90 % some even to 100%, and all these very efficient and wonderful airliner aircraft had to be parked on ground. The major airlines had to reduce their flying fleet dramatically, even low-cost carriers had to stop their fleet, people have been pushed to stay at home, work from home, holiday periods have changed their character and people were not allowed to fly in the nice holiday regions close to the ocean, beaches etc.

Amongst all the different sectors which have been impacted by corona virus, the aviation industry has been hit hardest and on very short notice. At Frankfurt airport, Lufthansa had parked 600 of its 700 aircraft in March and April 2020.

Now, 6 months later, the situation has not improved considerably. The second wave of Covid 19 has still forced the governments to request a "lockdown", close borders and stop the international traffic. There are always some exception, but all international events - sports events, Olympic games, trade fairs, music concerts and private tourism travel and international scientific exchange etc., all these events have been stopped to avoid spreading of the Corona virus.

Now the question: What will be the future of air transport?

The question is not easy to answer, as nobody has the qualified crystal ball to look into the future.

This double pressure will further challenge the current strategy of the aeronautical industry! Do we continue our conventional way of further detailed improvements of the conventional concepts or are there some breakthrough scenarios??

What are possible solutions? There is no clear option, which way to go, however, there are 2 large topics, which are brought forward in the discussion and which are possible technical concepts, to help the aviation sector, besides the continuous and conventional developments of the actual products.

One technology concept is the Electro-hybrid propulsion (EHP) concept.

The other technology is H2 (hydrogen).

The H2 (Hydrogen) concept is based on the assumption, that the replacement of all fossil energy (oil, Kerosene, gas) extracted from the soil, have to be replaced by a "green energy". We can produce green energy today with wind, water, sunshine, bio materials, etc. The technologies are well developed. However, the energy, which will be produced as green energy, is produced mainly in areas, where there is no big demand. We have to transport the energy into those areas, where the big cities with their large airports are located. Hydrogen could be such a substance, which can be produced by electrolytic processes as "green energy" in large quantities and could be used as energy source at airports or power stations and just be transformed in energy by a simple process where little or no CO2 will be generated. The EU has started an initiative to investigate the use of hydrogen in the aviation industry [1]. There is a strong push to investigate all possibilities of usage of hydrogen as a future "green renewable zero-emission energy". There are 2 ways, to use hydrogen in the aviation

Electrical propulsion is in the aviation sector not a real alternative. The energy storage in batteries is insufficient, batteries will be too heavy and for long range aircraft, there will be no chance of electric concepts over the next 50 years.

If we look at the market of small drones and the interesting proposals of small air taxis, there seems to be a new field of interest. But there are a lot of doubts about a new market for city taxis and similar concepts, as the certification requirements will be severe and safety and security issues are very strong hurdles.

At the small aircraft market, there are some chances to propose new aircraft concepts. But the vehicles, which can be created with this new EHP concept, will operate at lower speed and probably in the lower air space. But there are quite some positive ideas which are intensively investigated by industry, the aeronautical research centers and the universities in Europe.

The EHP concept proposes, to install electrical motors to drive propellers. The aircraft could look like todays turbo-prop aircraft. But one important advantage of this concept could be to install more engines per wing. The thrust of the propellers is better distributed across the wing and the propellers can work in 2 directions, provide the thrust but also increase the lifting capability of the wing. If this arrangement will be done in a clever way, then the wing surface can be reduced, which will reduce weight and improve the performance. If there are several engines/ propellers installed at the wing, the control system of an aircraft can be considerably simplified. First of all, an engine failure is less critical, when there are several engines at each wing installed. The design case for the overall thrust, which an aircraft needs, is normally the takeoff and climb phase. Todays 2-engine aircraft have a very good takeoff and climb performance, as there is the certification requirement, that even with an engine failure at the most critical point during takeoff, the aircraft must still be capable to continue the takeoff phase with one engine inoperative. This means, that our today twin-engined aircraft have a very high level of thrust installed in the aircraft. Some people say, these "twins are overpowered". But there are other considerations, especially the maintenance cost, which are dominant and this is a reason for airlines to prefer 2-engined aircraft.

For the HEP aircraft concept, the multi-engined aircraft can be a better compromise and all the new feature of electrical power supply to the engines can define new optima, which have to be investigated. But there is some evidence, that the overall thrust installation for the HEP aircraft can be considerably reduced, depending on the number of the engines. The better engine control of the electrical drives may also be positive in using engine power as aircraft control in the yaw and roll axis. So all in all, these new HEP aircraft concept have a chance to use the wider design envelope and at the end, a better overall performance seems possible.

But there is one large drawback: the electrical energy has to be produced in the aircraft and batteries will be too heavy to supply this high energy demand. So, also the HEP concept need as primary energy a "green biofuel or biogas".

This green energy is the essential point for a future zero emission aircraft. There is a new big campaign to use Hydrogen as basic green energy supply for all sorts of transport.

Parallel to these breakthrough concepts (H2 and EHP), there is a continuous development of the classical aircraft concepts in order to further improve the performance (reduce fuel burn, reduce weight, reduce manufacturing cost, etc...).

The European research is concentrating very much on the engine development and a further improvement of the fuel consumption. The 2 ways are the increase in By-pass ratio (BPR >20 up to 30) and in parallel the installation of Open Rotor concept engines. All this work is very costly, needs a lot of investment to keep the high standard of safety and reliability in this domain and first results will not be available before 2035.

On the airframe side is also a further development continuing, mainly regarding at new materials: to name just some of them

But the improvement potential will be only half of the engine benefits.

COVID 19 is impacting the aviation industry in a dramatic way. The very dynamic and innovative industry has been challenged in an unforeseeable and incredible way.

There are some chances, that the pandemic can be reduced considerably, when a vaccine against the COVID 19 virus will be available and a further spreading of the virus can be avoided. But there is also a lot of evidence, that people will become more sensible in future and a lot of travels, which have been normal before the pandemic, will no longer happen. It is my personal perception, that the air transport system will need at least 5 years to come to the old figures and standards from 2019. The problem of climate change will become more obvious and the worldwide attenuation for environmental impacts will become the leading parameters also for the aeronautical industry. The new European vision for a "zero-emission" aviation system is the only way for the future! It will be a long way to achieve this goal, a lot of research is still needed, a lot of brilliant brains are needed to achieve it and the political will in Europe has to support this vision!

[4] Airbus strategy to use hydrogen: https://www.airbus.com/public-affairs/brussels/our-topics/in-the-spotlight/eu-hydrogen-strategy.html#amb