Interview of Mr. Marian-Jean MARINESCU, Member of the European Parliament and Chairman of the "Sky and Space" Intergroup 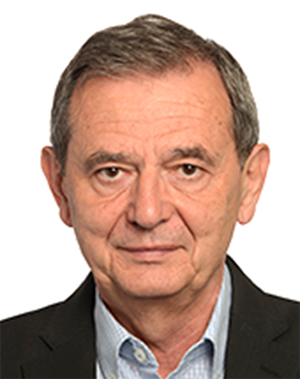 Mr. Marian-Jean MARINESCU, Member of the European Parliament and Chairman of the "Sky and Space" Intergroup, introduces his views on the effects of the pandemic on research in the aviation sector.

How do you perceive the crisis in aerospace research and how does the stakeholders communicate their difficulties towards the Parliament?

There is definitely an enormous pressure on research to cope with the new situation and one should not forget the financial dimension of the problem. The related resources must be earned through operations, and without passengers there is no income for the entire value chain, which also finally affects the resources for research.

Space is currently in a somewhat better position as funding does not depend on passengers, and because the EU is financing it for a big part. However, the recovery of aviation will require several years.


What needs to be done to respond to the severe effects of COVID-19 and to re-launch fully-performing aeronautics research in Europe?

There are two important dimensions to consider. On the one hand, we still have the enormous efforts towards decarbonisation which is on the right track. All those activities just continue, appropriate resources are allocated, also within the future multiannual financial framework (MFF), and the Commission will evaluate that research to steer that process.

On the other hand, for tackling the crisis, we have e.g. an instrument called the "European Recovery" Fund, but here, the opinions how to deal with it are not uniform. The TRAN commission had requested certain amendments to the current plans to introduce the "European added value" projects, which would have allowed common projects between several Member States but the situation is still not optimum.

Also here, it is always important to include the several JUs, such as Clean Sky, Fuel Cell etc in the efforts to overcome the impact of the crisis. In this context, also shaping the next European frame programme, "Horizon Europe", is important, and we do not always see a good reason why the budgets on aeronautics are split between the JU and the Commission's core programme.

Although there will hopefully be opportunities to create a new and successful JU for aviation, there is currently no certainty how an analogue JU for Space will be shaped. There could be a future partnership for space, but how this will be organised in detail is still under discussion and we are in constant dialogue with Director General Jean-Eric Paquet and Commissioner Marija Gabriel to express our views and vision.


Concerning COVID, but also in general: Do you consider Europe is well-organized at the levels of communication, relationships and synergies between the Stakeholders, but also in the relationships between "Europe", its member states and associating countries?

Decision-making and transparency are important issues for the European Union and its citizens, and there might be the perception that some decisions are taken by a very limited group of people. But, it is just a perception as EU has very efficient tools for consultation with members states, stake holders, civil society, and this happens long time before a decision is taken. Furthermore, member states in particular do not always seem to act as one would expect the members of a partnership to act. The member states should understand that this crisis is a crisis for all of us, and for all their concerns expressed, we finally have proper treaties, and nobody intends to question the sovereignty of countries. Last but not least, we shall all achieve better results if more synergies in Europe become reality.


You are Chairman of the European Parliament's Sky and Space Intergroup. Could you please briefly outline the nature of your work, including its potential importance for the academic sector in Europe?

The Intergroup Sky & Space is the oldest and one of the largest Intergroups in the European Parliament, with currently about 100 members. It was in first instance meant to be the place where Industry and Parliament meet. As a chair, I always try to initiate consultations between MEPs and industry, for discussing and understanding the mutual needs, and to align priorities when appropriate. We organise meetings on a variety of topics, focussing on priorities for industry and citizens, also by inviting other MEPs, Commissioners, representatives from Single European Sky (SES), EASA, DG Move, European Council, SESAR, Clean Sky.


The European Aeronautics Science Network (EASN) would be keen to support the Intergroup Sky & Space in the European Parliament. Would you see such opportunities? Would you even endorse a regular commitment of EASN to join forces, together with ASD and the other stakeholders, in the above context?

I would definitely consider your commitment as a benefit to our work and to the functioning of the Intergroup. Especially today, where research and innovation is more and more important to tackle the crisis, a strong contact to the academic sector is highly important and basic research, mostly identical to "collaborative research", is a domain where your expertise is crucial. Therefore, for the legislative level, this dialogue is very important. Such as mentioned above, the collaboration with all those stakeholder entities, such as ASD is crucial for the Intergroup, and further entities always bring enormous benefits, so, welcome with pleasures. Why not organising joint conferences in the next month.


Is there any further message you would like to give the readers of the EASN Newsletter?

We must understand that the Aerospace sector is a very important industry that contributes enormously to the BIP of the European Union. We must take this seriously and do our best to take care of this economy. In aeronautics, but also in the case of space technology, current development will create a lot of new opportunities.

Last but not least, we need to safeguard mobility in Europe, which means mobility for European citizens. Therefore, aviation and the related research activities have and also will have a big importance for the European Union.